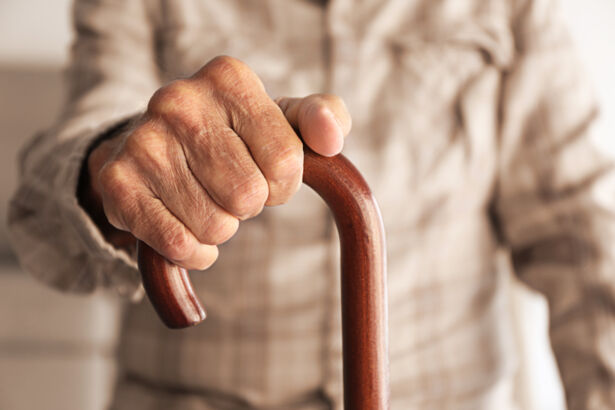 Around 1.2 million Americans are expected to live with PD by 2030, and it currently affects roughly 1 in 500 people in Canada today. It’s a disease that many people think they understand, but actually, they may be missing out on a lot of information. We think it’s crucial people gain knowledge about this to better understand the needs their loved ones may have.

With that in mind, we’ve analyzed some common symptoms of PD below and tried to visualize them to help people understand what living with PD is truly like and how this can affect day-to-day life for many. Remember, much like dementia, Parkinson’s affects people differently and no experience will be the same, however, the following reveals five experiences people living with PD may have in their lives.

The most commonly known symptom of someone living with Parkinson’s disease is tremors. They typically occur at rest, called a ‘resting tremor’ which is a form of involuntary shaking that affects the hands and limbs. When a person is mobile, these symptoms are reduced but it causes difficulty in completing daily tasks such as drinking, getting changed, and writing.

Progressive micrographia is commonly caused by PD and mainly affects the size of someone’s handwriting, where characters will be smaller than usual. Lack of control due to tremors and slow movement are the main causes of micrographia. Writing becomes a part of our identity in our life but many won’t know that it affects 75% of those with PD just like in the example above.

Sleep disturbances are just one of many more symptoms someone suffering from PD may experience. This impacts daytime alertness and someone’s overall quality of life as they often feel exhausted throughout the day.

Disturbances are caused by uncomfortable symptoms such as restless leg syndrome and difficulty adjusting in bed due to weakness and lack of control in the limbs.  Excessive daytime sleepiness affects up to 50% due to regular sleep patterns being disrupted throughout the night. Other symptoms such as insomnia and REM sleep behavior disorder are common among many (acting out dreams).

In our example, we’ve visualized a senior trying to sleep while experiencing restless leg syndrome, which can commonly feel like bugs crawling under their skin, a powerful image to consider.

As PD develops and progresses,  someone who is living with the disease may experience forms of psychosis and hallucinations, affecting up to 40% of people. These can take many forms:

In our example, we’ve highlighted our senior seeing an old feline friend, the wallpaper being perceived as bugs on the wall, and the sense of smoke in the home, which is not present in reality. Hallucinations can take so many forms, but it’s not something people often associate with PD.

In terms of vision, PD can cause dry eyes which may be irritable and sore if not treated. It’s typical for people with PD to have slower movement which also affects visual processing not just things like walking, meaning someone may have a poor perception of their surroundings. This may mean reading is much slower for example. Up to 30% of people living with PD to get double vision making their eyesight more of a challenge, which is what our visualization above focuses on.

Other symptoms of PD

These examples that we have visualized and discussed are not exhaustive, there are many other symptoms associated with PD that you may not know, such as:

Importantly, Parkinson’s disease affects everyone individually so there is no checklist to compare from. According to the Parkinson’s Foundation, the most common earlier signs of PD are tremors, smaller handwriting, loss of smell, trouble sleeping, mobility problems, constipation, a softer voice, facial expression changes, dizziness, and stopping.

If you’re researching nursing homes, private retirement residences, or long-term care options, be sure to consider an Amica residence near you. Remember you can book both virtual or in-person tours at your convenience